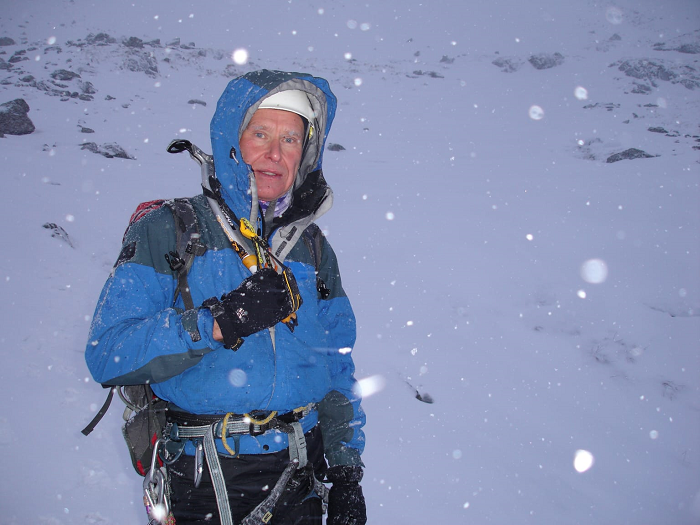 Renowned mountaineer and author Alan Hinkes (pictured above) has thrown his weight behind the campaign to save the Smardale Gill viaduct.

Alan Hinkes was the first Briton to climb the world's highest mountains - the four 8000m peaks - all of which lie in the infamous "death zone" where unaided human survival is measured in hours. They are the most dangerous mountains on the planet and only twelve people alive have achieved this feat, which is the same number of people who have stood on the moon.  Sadly many have perished attempting the challenge.

The Eden Viaducts' 14 Peaks for 14 Arches challenge seems easy in comparison but its success is essential for the survival of the iconic Smardale Gill viaduct. Over Ł100,000 still needs to be raised for the first phase of the repairs which will make the viaduct water tight and repair its surface in advance of the next phase.

People are asked to get themselves sponsored to take on the 14 Peaks for 14 Arches challenge, covering 90 miles (for 90 feet) in 14 phases (for the 14 arches of the viaduct. You can sign up for the challenge on JustGiving at https://www.justgiving.com/campaign/savesmardalegillviaduct

Alan Hinkes said "I asked Eden Viaducts if I could support this essential fundraising campaign and am really pleased to get involved and help to save Smardale Gill viaduct. The viaduct is a jewel in our Victorian heritage and an important monument in the most beautiful setting accessible to all. It would be a tragedy if the viaduct fell into disrepair and the walk across the viaduct had to be closed. I have joined the challenge and will be walking all the peaks of the challenge. I am hoping that people will join me in the challenge and in my walks."

Neil Cleeveley, Chair of the Northern Viaduct Trust said: "I am delighted that Alan is backing our campaign to save Smardale Gill viaduct. I am sure he will have seen some magnificent sights during his travels, which makes it all the more impressive that he recognises the glorious setting of our viaduct." 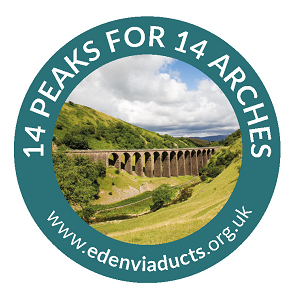 People who, for whatever reason, cannot scale the fourteen fells can still join in by covering 90 miles in fourteen stages in their garden or high street, on an exercise bike or however they choose. Everyone taking part in the challenge will receive a special T-shirt bearing an image of the viaduct and challenge logo (pictured above).

[News item based on press release and other material supplied by Eden Viaducts, posted January 2022.]