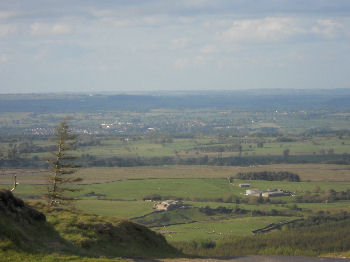 The Stainmore Gap is a wide break in the Pennine Hills which lies between the Yorkshire Dales National Park (to the south) and Teesdale and the Northern Dales (to the north).

The A66 runs through the gap, which as a relatively low lying route through the northern Pennines has served as an important communication channel between Brough and the Eden Valley in the west and the Vale of Mowbray and Teeside in the east.